Do YOU think Truthfulness is Important? - Goodlife Zen 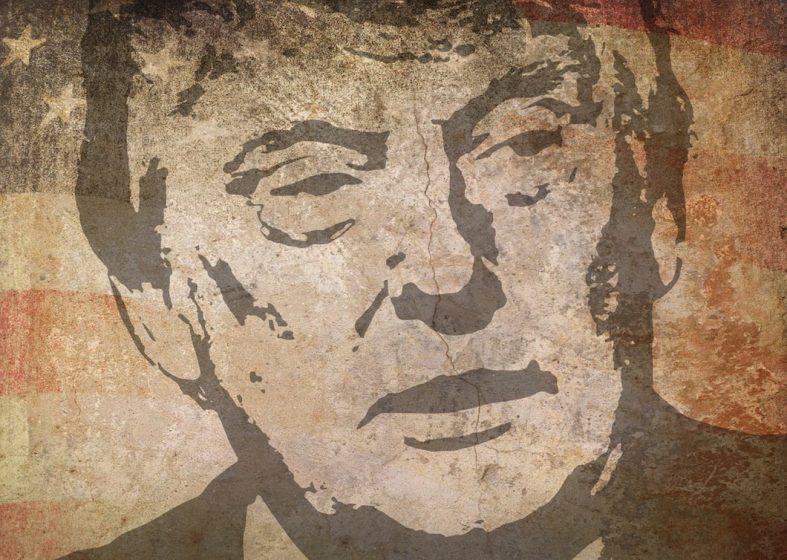 Have you noticed how many euphemisms for lying have recently appeared in the media?

Journalists tend to use these terms when describing Trump’s public statements.

It’s a sign that mainstream media struggles with branding the President of the United States a liar. After much debate, the Executive Editor of the New York Times finally sanctioned the use of the ‘L-bomb,' and the paper published an article with the following headline :

This headline broke the dam, and other media outlets started using the words lie or lying. Even the Weekly Standard, a neoconservative magazine used ‘lie’ in an article about Trump:

If media reports about crowd size are so important to Trump that he'd push [Press Secretary] Spicer out there to lie for him, then it means that all the tinpot-dictator, authoritarian, characterological tics that people worried about during the campaign are still very much active.

When the man who is arguably the most powerful person in the world is outed as a habitual liar, what are the implications for you and me?

I mean, does truthfulness matter? After all, Trump’s positions as a tycoon and the President of the United States show that lying can make you wealthy and powerful.

What’s so important about truthfulness?

Why We Should Care About Truthfulness

Truthfulness means being honest in your words and actions.

Remember what it feels like when you realize someone has lied to you. You feel betrayed, right?

And there is an edge of bitterness which leads to a general wariness. You begin to view everyone with a tinge of suspicion.

In relationships, lying destroys trust; it leads to distrust, corruption, and conflict.

Trust is not only the foundation of lasting relationships. It’s also the basis for a just and fair society.

And it’s a vital component of world peace. Just think of the alliances between nations that help keep the world safe. Without trust, there can be no meaningful partnerships.

But what if a world leader isn’t interested in building lasting relationships built on trust?

What if a world leader is an opportunist, interested only in milking connections for personal power and financial gain?

You would hope that there are constitutional constraints that prevent him or her from abusing their position.

Both truth and law provide constraints on human action, binding us to the facts of the world and to certain agreed-upon norms of behavior. In that way, they limit our freedom, yet they also create the shared space within which we interact with one another. - Quinta Jurecic, Washington Post

Providing constraints sounds sane and reasonable. There is just one problem:

Some people think they are above the law and above truth.

And this is what we face: The most powerful leader in the Western world doesn’t feel bound by facts or norms of moral behavior.

Trump Lies Because he Lacks a Moral Compass

According to the Cambridge Dictionary, a moral compass is an inner sense which distinguishes what is right from what is wrong, functioning as a guide (like the needle of a compass).

His actions show that Trump lacks an honest, internal voice. And that lack makes him dangerous because he can’t accurately perceive himself or his situation.

However, some people acknowledge his moral weaknesses but rate him as a strong leader. They think that’s all that matters. Here is how David Brooks describes this stance in the article Goodness and Power:

The qualities that make you a good person in private life — kindness, humility and a capacity for introspection — can be drawbacks on the public stage. Electing a president is different than finding a friend or lover. It’s better to hire a ruthless person to do a hard job.

But then he poses a crucial question:

Can a Bad Person be a Strong Leader?

David Brooks came up with seven points why a leader without a moral compass is a danger:

Why a Leader Without a Moral Compass is a Danger

1. People who are dishonest, unkind and inconsiderate have trouble attracting and retaining good people to their team…they are almost always surrounded by sycophants and second-raters.

2. Leaders who lack humility are fragile. Their pride is bloated and sensitive.

3. They treat politics as a battle, armor up and wall themselves off to information and feedback.

4. They are only interested in defending themselves. Life becomes a matter of settling scores and imagining conspiracies.

5. People who set out obsessively to succeed in politics usually end up sabotaging themselves.

6. They lose any honest internal voice. After a while they can’t accurately perceive themselves or their situation.

7. People with good private morality are better at navigating for the long term. They’re less likely to overreact and do something stupid.

If the President of America has no moral compass, the stakes are high. ‘Doing something stupid’ might mean starting a nuclear war. All of us around the globe would suffer if that happened!

Let’s back up a little and take another look at truthfulness.

I think we agree that honesty is good and even useful. But is it an outdated virtue?

In 2016, the Oxford Dictionary named ‘post-truth’ as the word of the year. Post-truth is an adjective relating to a culture in which appeals to the emotions tend to prevail over facts and logical arguments.

We now live in a post-truth era where ‘alternate facts’ masquerade as the truth. Here is a tweet from November 2016:

In her article, Why in the post-truth age, the bullshitters are winning, Laurie Penny says:

According to the American philosopher Harry G Frankfurt the key difference between the liar and the bullshit artist is that the liar has at least some regard for the truth. The liar has a clear idea of what the reality of a situation is, and wants their audience to believe the opposite.

The bullshit artist, by contrast, wants to destroy the entire concept of truth, not to deceive but to confuse, confound and control.

Trump lies because he wants to destroy the concept of truth to confuse, confound and finally control the population.

As Quinta Jurecic says, there is a potentially dangerous relationship between sustained disregard for truth in political leaders and authoritarian coercion.

I think we’ve forgotten about the danger of authoritarian coercion.

Have we Learned From History?

Let’s go back in time to January 1933 in Germany. Even though it was battered by the First World War and constrained by the dictated peace of the Treaty of Versailles, Germany was still regarded as one of the cultural centers of Europe.

After all, it was the birthplace of cultural luminaries, such as Martin Luther, Arthur Schopenhauer, Johann Wolfgang von Goethe, Johann Sebastian Bach, and Ludwig van Beethoven, just to name a few.

And yet, as you can read in the book, Hitler's Thirty Days to Power: January 1933

by the historian Henry Ashby Turner, it took Hitler only thirty days to rise to power.

Because nobody saw it coming.

In the eyes of the ruling elite, Hitler was not a dangerous man; they thought he was a buffoon and unfit to govern. Also, the conservative parties believed they had a parliamentary leverage which would restrain Hitler if he came to power.

What they didn’t understand was Hitler’s mastery of post-truth. He excelled at producing propaganda that was emotionally charged to confuse, confound and control the people.

The outcome of people believing Hitler’s propaganda was a war which killed over 60 million people, including nearly 6 million Jewish people.

Nobody saw it coming.

One important way in which propaganda manifests itself... involves some form of deception. Whether through outright lying, omission of important information, distortion or misdirection, propaganda frequently involves manipulation through deceiving people with respect to reality.

I’m not equating Trump with Hitler, but we need to be vigilant. You see, people in Germany and elsewhere couldn’t believe someone could come to power and become a dictator in a civilized and cultured society.

Never be afraid to raise your voice for honesty and truth and compassion against injustice and lying and greed. If people all over the world...would do this, it would change the earth.
- William Faulkner

Trump lies. Is this danger to democracy your business? Is it mine?

We are a global society. If we feel strongly about the virtue of truthfulness and hold rulers to account, we can effect change.

For example, if we call out lies where we see them, we can embarrass and unsettle Trump and his dangerous administration.

If we unite our voices, we will be heard.

It’s our shared responsibility to insist on the existence of facts and the force of law as the language of democratic government.

Here is how you can call out Trump’s lies and protect democracy.

In a time of deceit, telling the truth is a revolutionary act. (George Orwell)

But will it work? Will this change anything?

If you despair of being able to alter the course of history, remember Mahatma Gandhi:

When I despair, I remember that all through history the way of truth and love has always won. There have been tyrants and murderers, and for a time, they can seem invincible, but in the end, they always fall.

The way of truth and love can only win with our help. Yours and mine.

Are you willing to stand up and be counted?

Please share this article on social media to get the word out!

By Vishnu
About the author