How to Recover the Fun of Playfulness - Goodlife Zen

How to Recover the Fun of Playfulness 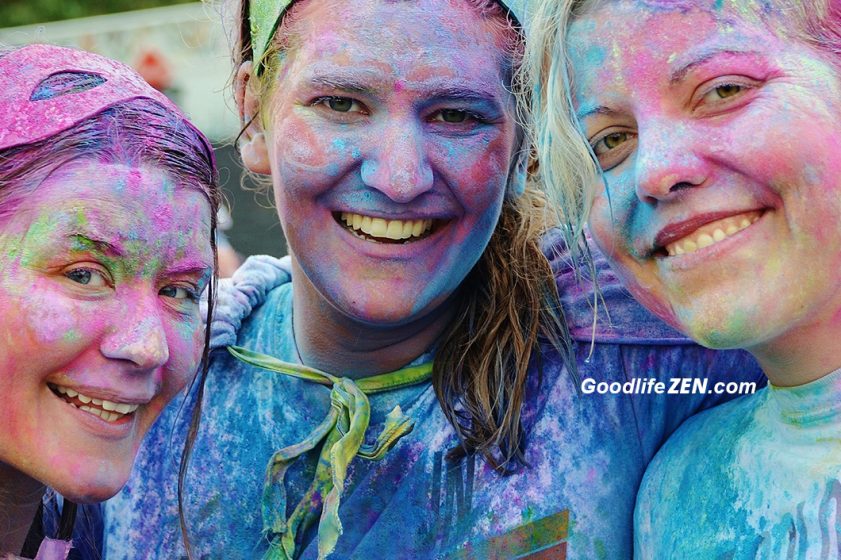 Playfulness is fun part of life that we tend to mislay as adults. In our culture there is an expectation that children should play, but adults must be serious. Personally, I think being adult is highly overrated.

When I planned this post, I wanted to write about the fact that we learn through playing, that we recover from stress though playing, that it’s a spiritual activity, and other serious matter. But the post wouldn’t let itself be written like that. It seemed to sit down and refuse to budge.

It reminded me of my favourite childhood dog: a huge, sweet, black, long-haired Newfoundland called Nana. She was so in love with water that she would sink down into every puddle, regally waving her feathered tail. Nana had a peculiar habit – which my brother George and I exploited whenever my father had visitors we didn’t like (he was an MP and saw a lot of his constituents at home).

We would muster our best behaviour and say: “Would you like to take our nice dog for a walk?”

Then we would wave goodbye as the visitor walked down the road with a reluctant Nana in tow. We’d play innocently in the front garden, all the while keeping a gleeful eye out. Not five minutes later the guest would reappear. This time Nana would forge ahead at a fast trot while the visitor, desperately clutching the lead, would fly behind like a kite. Face red and hair disheveled, the visitor would tell us that Nana suddenly lay down like an inert heffalump as soon as she reached the edge of the forest. We’d feign astonishment, “She just lay down and you couldn’t move her? Oh, how strange!” Of course we knew that she always did this with strangers. All pushing and pulling was in vain – until the walker headed back home.

This post behaved exactly like Nana. It lay down and refused to be written in an objective, informative and thoroughly serious way. So now I have let go of control and am letting the post write itself. In fact, I am doing exactly what we have to do to in order to encourage playfulness: we have to let go of control, be personal instead of objective, fall in love with love the trivial instead of pursuing the grand, and meander instead of going for the straight line.

Many lose their natural playfulness in adulthood

Why? I think its because we adults tend to become bumptious. We project a serious self-image and want others to believe it. That’s why there is something you need to do if you want to recover your playfulness:

Get rid of your good reputation

I work hard at countering my good reputation. I achieved a break-through a few years ago when I was still working as a psychotherapist as well as teaching Zen. At a dance party my partner David and I were having fun. I was in a skimpy red dress and we were dancing a raunchy salsa. Later I heard that two women sitting at a table were watching us. One of them shook her head and said, “That’s my therapist.” The other sighed in sympathy and put her head in her hands, saying: “It’s my Zen teacher.” My reputation was gloriously and irreparably damaged!

If you want to get rid of your good reputation, do something absurd. Take some young friends and all dress up as your favourite book characters. Walk around town where you are sure to meet people you know. Respond to them only in character! Join a drama society and take up a funny role, sell made-to-measure poems at a market stall, or form a wacky society. I’ve just invited three other stroppy women to the inaugural meeting of an organisation called, “Society for the Furtherance of Subservience.” Maybe I could become a ‘subservience coach’, what do you think?

Play and laughter are bedfellows

When we laugh we forget ourself. All our precious ideas of who we are fall away for a moment. When we poke gentle fun at ourselves, all self-importance disappears. That’s where play and spirituality converge. Tao is an ancient word for a spiritual path. To forget oneself and get lost in the present is a spiritual state of being. Both play and meditation can help us taste the freedom of being present.

Some think that people on a spiritual path should be serious. Wrong!
Laughter is deep. Play is the Tao.

What is your experience of play?