The Gift of Failure: Ten Reasons Why Falling Flat on Your Face is a Good Thing - Goodlife Zen

The Gift of Failure: Ten Reasons Why Falling Flat on Your Face is a Good Thing 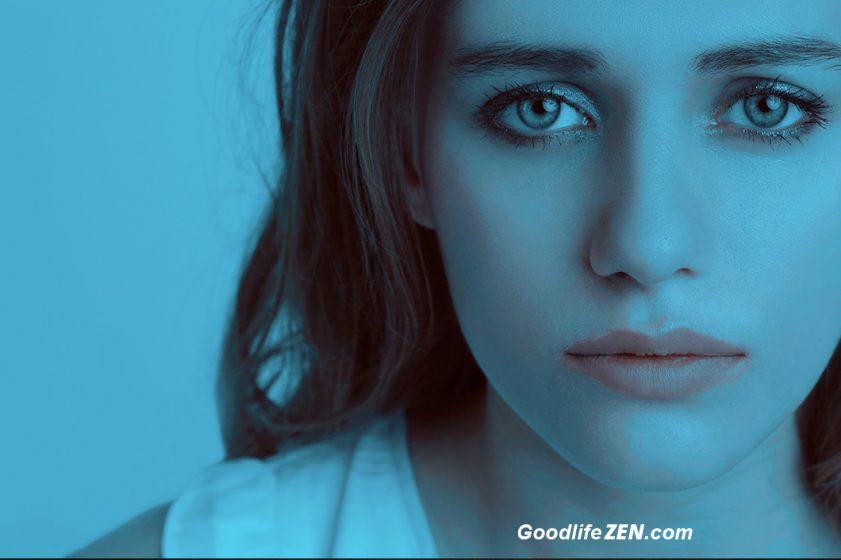 A guest post by Barrie Davenport of Live Bold and Bloom.

There are no failures — just experiences and your reaction to them. ~ Tom Krause, motivational speaker, teacher and coach.

I’d like to think that Tom Krause is right, failures don’t exist. They are just life events like any other. You go the grocery store, you spend a lovely holiday in Paris, you get fired from your job.

All experiences and events are neutral. They are colored only by the way we respond.
It’s a very Zen perspective, and one that I believe is true — until I fail. Then it just hurts.

When you fall flat on your face, in a gigantic “my business just tanked” kind of way or a even a minor “I slept through my morning appointment” situation, failing feels really bad. During a failure, the feelings can twist you up and lay you low. You dwell in the land of bottom-feeders and wretches. “No talent, stupid, unwanted, irresponsible,” shouts the dark chorus in your brain. It’s hard to block them out.

Consciously changing your thoughts about failure is a bold and creative response.

When you change your thoughts, your feelings generally follow. By changing your thoughts about this current failure, and you will mitigate your fear of failure for the future. You know you’re likely to fall on your face again, so don’t be taken by surprise.

Expect failure in your life, not as something to be feared, but as a gift.

I didn’t fail the test, I just found 100 ways to do it wrong. ~Benjamin Franklin

Why not invest in a little failure insurance? You can start changing your thoughts about failure right now, before another one of those “neutral” life experiences that hurt so badly happens to you!

Start changing the way you perceive failure, and you will quickly move beyond the bad feelings when it happens.

Here are ten reasons why failure can be positive:

1. Accept failure as part of life. Even when we try to insulate ourselves from the possibility of failure and live “safe” lives, failure can still find its way to us. Bad things happen in spite of our best efforts. Just accepting that fact can bring some peace. It happens to you. It happens to everyone.

2. Failure means you have the courage to try. If you are determined to succeed at everything, then please don’t try anything new. Stick with the status quo and the safety zone. But if you want to have a big, exciting, fulfilling life, embrace failure as a stepping stone leading you out of mediocrity. It’s just one stone on the path.

3. Failure teaches you something. There is always, always a lesson in failing. If it isn’t obvious right away, then choose to figure it out. You will learn a better way, a different direction, a new perspective. Think back on past failures and how you have grown from them. Don’t leave this precious gift behind in your efforts to reject and forget your failures.

4. Failure strengthens character. When you fail, you learn more than just how to do something differently. You learn about yourself. You might learn about humility, forgiveness, friendship, judgment, priorities, and values. Take advantage of the opportunity to grow in these areas and build your emotional intelligence and maturity.

5. You can become a mentor. When you strengthen your character and rise above a failure, you model for others how to cope and even thrive when something bad happens. You become a mentor for resilience and fortitude, teaching those around you how to behave in similar situations. You are serving others in a profound and meaningful way.

6. Failure stretches you. When the worst happens, you don’t have to fear it anymore. It’s happened and you are living it. Hey, it’s not as bad as you thought. You’re still alive. So maybe since falling on your face didn’t kill you, you might go ahead and try that other bold move you’ve been considering but have been too afraid to try. You already know what will happen if you fail, so what’s to lose?

7. Real friends emerge during failure. So you’ve lost your business, your marriage is falling apart, you blew that presentation, or you have a drinking problem. You’re friends and associates are scattering like startled cockroaches. Except for your real friends — the ones who love you for who you are. The ones who have faith in your inner wisdom and intelligence. If there is ever a time to really nurture your friends, this is it. These folks are the keepers.

8. Failures are often opportunities in disguise. Has this ever happened to you? You weren’t offered that promotion you’ve been wishing for, only to get a better job offer with more money a few weeks later. You lose a bunch of money with a bad investment, but your loss focuses you on more solid and profitable investment strategies. A relationship ends painfully, but you eventually meet your soul mate. Failures sometimes produce results that are better than the original plan.

9. Failure is sometimes intentional. There are times when our subconscious mind knows more about what we want or need than we are aware of. Sometimes we fail because it’s an escape route. Perhaps we are doing something because we feel trapped or obligated. If we sabotage the situation, then we can get out of it. Failure forces us to look this thing in the eye and ask the question, “Did I really want you to begin with?” The answer is often “no”. The truth can hurt, but it also can set us free.

10. Failure fosters creativity. Thomas Edison made 1000 unsuccessful attempts before inventing the light bulb. Winston Churchill was defeated in every public office until he became prime minister at age 62. Henry Ford failed and went broke five times before he succeeded. If you don’t allow failure to crush you, it will force you to develop creative solutions, building off what you learned through failure. Thomas Edison didn’t believe he failed 1000 times. He said, “The light bulb was an invention with 1000 steps.”

Like death and taxes, failure is going to happen. It may be hard initially to accept it as just another neutral life experience. However, by shifting your perspective, failure can be an experience that has much to offer, leading you to personal growth and eventual success.

So here’s to your continued good failure!

This guest post was written by Barrie Davenport, a life and career coach and founder of Live Bold and Bloom, a blog about fearless living.

If you want to feel deeply connected and peaceful, join our
FREE Virtual Zen Retreat
Find Forgiveness and Peace
1-5 May 2010

Fill out the form in the sidebar and reserve your place now.