Stop Being a Drama Queen, Get Bored and Become Happy Instead! - Goodlife Zen

Stop Being a Drama Queen, Get Bored and Become Happy Instead! 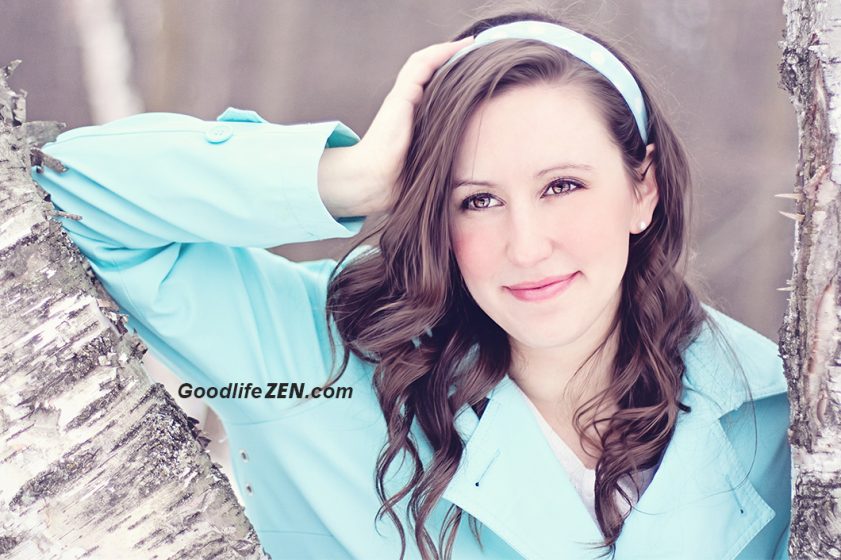 A guest post by Arvind Devalia of Make It Happen

Have you ever noticed how some people just seem to have so much drama in their lives?

Whereas some people breeze through life, others seem to live from one crisis to another. Some people just seem to crave drama, create drama and look for drama.

The word that is used to describe such a person is a “drama queen” – this is generally slang for someone who makes a fuss about nothing, in a histrionic manner.

Now as far as I know this applies to both men and women. Researching for this article I also came across the phrase “drama king” but that is in much less common usage.

So for the sake of this discussion, please kindly assume that the phrase “drama queen” applies to both genders. There is no emphasis intended here on either men or women:-)

So what does it mean when someone is being a drama queen?

Well, it is a person who simply over-reacts very emotionally to any little setback e.g. missing the bus. Usually they have an emotional outburst totally out of proportion to the thing that has upset them i.e. the trigger. Quite often, there is no trigger.

Their behaviour often comes as a shock, a surprise and an embarrassment to any newcomers around them

There is usually a whirlwind of activity around them and they usually go around in a flurry. They just needlessly become over dramatic whenever their own private little world is disturbed just a bit.

Does this remind you of anyone? Or heaven forbid, do you see any such characteristics in yourself?!

Of course if you are a regular reader of Good Life Zen, you will be fairly chilled out by now:-)

The other thing with drama queens is that people around them feel they have to be extra cautious – it is as if they are walking on egg shells.

Who do you know in your life that is such a drama queen?

If you have watched the movie “Gone with Wind”, you will recognise one of the main characters Scarlett O’Hara who can be described as a classic drama queen. She was a very capable lady but was her own worst enemy with her craziness and histrionics.

Television soap operas are usually full of drama queens and kings – dramatic, larger than life characters who swing from one crisis to another.

Yet some operas have become compulsive viewing and usually the most dramatic roles are the more popular characters.

I don’t even have a television set anymore, but when I used to watch one of the British soaps, I wondered if people really led such drama filled lives. Maybe this is where real life drama queens learn about their station in life.

Even worse for seeing drama queens in action, I believe are the reality TV shows. Do people really, really have such drama in their lives? Can anyone’s life be that messed up?

Maybe I have just been lucky or I have had a very sheltered life. Or perhaps I have just led a very boring life!

I am sure some people’s lives aren’t great, but what is the point of washing your laundry in public? And how much of it is stirred up by the TV production people?

Does it really make for great TV?

So what makes a drama queen? What do they get out of it and what’s their payoff?

And more importantly how can one stop being one?

The real question really is why do people create such drama in their lives.

Of course a person who seems to be behaving as a drama queen can be genuinely in trouble, in which case we must support and help them if and as appropriate.

Putting aside any underlying medical causes or genuine reasons, here are the reasons why a person may create so much drama in their life:-

This is probably one of the main reasons why drama queens behave the way they do – they are simply bored!

Creating drama and a scene makes them feel that something interesting is going to happen.

There may be an underlying insecurity and their drama a distraction, so no one can ever see just how vulnerable and hopeless they feel.

If the television soap operas and reality shows are anything to go by, most people have really challenging lives with a myriad range of family and relationship conflicts, work problems and health issues.

I am sure that is not the case (hands held in prayer at this point) but some people may just have learnt this way of being. They know life no other way except as a never ending soap opera.

This is a classic trait of a drama queen – just look at poor me! Tehy are often seen looking very sad and down.

Their story goes like this – I have had such a bad life. Please, please feel sorry for me.

Manipulation and taking advantage of others goes with the seeking of sympathy.

The storyline goes like this – now that I have got you feeling sorry for me, of course you must rescue me!

And I am in so much trouble and pain, you just have to take care of me!

They don’t want to deal with real issues and would rather cause a scene and seek attention.

Their story is that I can’t deal with that right now – there’s too much going on in my life.

Since drama queens usually have low self-esteem and believe that they will not be noticed, complaining about their lot is their best perceived way of getting that attention.

Sadly it actually works the other way around – they end up making a negative impression.

Along with the seeking of attention comes the desire for a sense of belonging.

By behaving in a certain way they seek acceptance by their peer group, without realising that their behaviour actually alienates them.

They might be accepted in a group simply because that is the most bearable option and would avoid any histrionics of being rejected.

Finally, some people might even enjoy spreading drama as they get an adrenaline rush.

They get their kicks by creating a furore all around them – and they genuinely enjoy it. Who needs drugs, sex and rock & roll when you can be a drama queen?!

Conclusion – Stop it, get bored and find some happiness

There you are – knowing what makes a drama queen tick enables you to see how you can help them let go of some of the underlying causes. Of course none of this applies to you personally:-)

The key thing is this – being a drama queen may be fun, but it is not a happy place.

A dethroned drama queen would suddenly find life really dull and boring – but they might now finally find some happiness.

It is clear that for some readers of this post, life is in danger of becoming really boring from here on, but hopefully they will be happy bunnies!

Of course if you have someone in your life, who is a drama queen, you may just want to get them to read this article. Be subtle about it of course – unless you are addicted to their histrionics:-)

And for anyone out there who is not yet willing to give up being a drama queen, just remember the famous last words from Scarlett O’Hara:-

Tomorrow is another day!

Please do share your own experiences of drama queens in your life. Mentioning no names of course:-)

Read more by Arvind on his blog Make It Happen.