How To Speak Up With Confidence: 6 Little-known Secrets - Goodlife Zen

How To Speak Up With Confidence: 6 Little-known Secrets

Be More Confident
By Faheem Omar 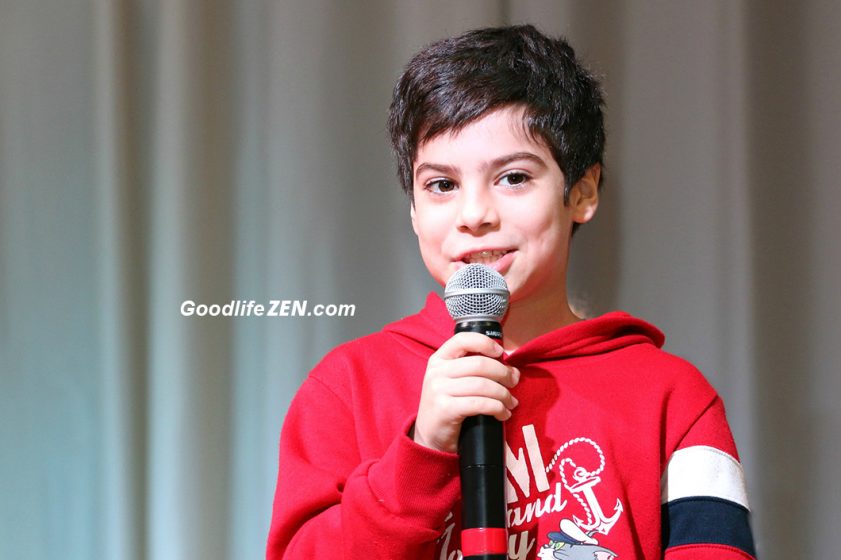 You had something to say, but as usual, nobody listened.

They seemed to write you off the second you opened your mouth. Worse than that, they barely even acknowledged you were there.

And it happens every time.

You know you have great ideas and opinions worth listening to, but nobody ever seems to take you seriously. So half the time you don’t even bother speaking up any longer, afraid you’ll make a fool of yourself. Again.

You’d think the only way to get over it is to just accept reality and move on, right?

Speaking up with confidence is a lot easier than you might think.

How to Speak Up With Confidence

Just apply the following six tips to stop people from pushing the mute button on you ever again.

Wanting to sound smart is perfectly natural – you’d definitely want to come across as someone who knows what they’re talking about, right?

But many people mistakenly believe that to do so you need to whip out some cryptic jargons and complex words nobody’s even heard of.

In the real world, you’d be surprised to know that people just want clarity.

Using language you’re comfortable with helps you organize your flow of thoughts more easily, since you won’t have to worry about which fancy synonym to use for this word or that word.

On the other hand, trying to find the right words to sound smart all the time will cause you to pause, hesitate, and even trip up while speaking.

2. Use criticism as your springboard

Nobody enjoys being criticized – it’s harsh, painful, and most of the time uncalled for.

But if you want to make a lasting impression in a conversation, you must not back down the second someone deals some nasty verbal blows.

If you don’t take it personally, criticism is a great opportunity to advance your argument.

Fortunately, a neat little process will help you handle it like a pro.

First and foremost, defuse the tension. You’ll find that many times people just want to dish out insults disguised under constructive criticism purely to vent. You want to show your critic empathy and understanding by saying, “So what you’re saying is (repeat their criticism here).”

Now this is your opportunity to capitalize.

Follow up by saying, “I can see why you might think of it that way, but I probably haven’t explained my point clearly.” This gives you a second chance to advance your idea.

Lastly, you want to exit gracefully by expressing appreciation. A fair warning – you’ll need a lot of guts to pull this off. Say something like, “Thanks for the feedback, though; it gives me some food for thought.”

3. Give voice projection a go

Having to repeat what you said simply because you weren’t loud enough can be quite a bother, and at times just plain awkward.

You’ll often be left paralyzed with the fear that even after having repeated your words a second time with a louder voice, the other person’s still giving you the I-still-didn’t-hear-what-you-said look.

A practical exercise can help you avoid this situation.

Voice projection is simply imagining your listener twice as far away from you. You then adjust your voice volume to fit that imaginary scenario. Just be sure not to imagine your listener too far away; otherwise, you’ll be screaming.

You’ll need some time to fully master this practice, so you’ll want to test it out with family or close friends first before applying it elsewhere.

It’s no secret that the way you pose your body affects how confident others perceive you to be. But most people ignore the enormous impact posture can have on the way you feel about yourself.

Amy Cuddy has researched this phenomenon and explained how it works in her famous TED talk.

She asked one group of participants in her experiment to take a high-power pose before undergoing a stressful interview. The interviewer was an intimidating guy trained to keep his face blunt and emotionless throughout the whole thing – uncomfortable much?

The other group was asked to take powerless poses (i.e., slouched shoulders, folded arms, lowered head, etc.) before the interview.

She then took DNA swabs from the participants after the interview.

These internal changes that each group experienced are intriguing. The participants’ sense of self-perception was directly affected after the interview despite faking their poses. So you may want to try out power posing even it feels unnatural to you.

This one may surprise you.

You’d assume, for the most part, that confidence is a mental concept and has sparingly few things physical to it.

But truth be told, you can do quite a few physically-oriented things to ramp up your confidence and get your ideas noticed, and moistening your throat is one of them.

The human voice is an amazing toolbox. If you use the tools correctly, you can craft amazing rhetoric. But like all tools, it needs good maintenance. And that’s why you should always have a bottle of water with you.

The vocal cords can dry out quickly, especially in nerve-racking situations, and that often leads to a jittery voice – something you definitely want to avoid if you want to come across as confident.

6. Give your mouth a helping hand

I’m sure it must have happened to you – that awkward time you were wrestling to find the right words to convey your message, but then your mind gave up on you and left you feeling like an idiot.

Say goodbye to those days, and say hello to two convenient sidekicks that’ll help you out of that sticky situation.

They’ve actually been with you the whole time, staying close at hand to repel your word-wrestling woes and keeping your communication fluency in a safe pair of hands.

That’s right. Your hands are your best sidekicks for your mouth.

Start using them while you talk to explain those tricky little ideas you just can’t seem to find the right words to describe. You’ll appeal to your listener’s other sensory perceptions and give them a physical interpretation of your message.

Now Voice Your Opinion, Once and for All

Having your opinions ignored all the time can hurt like a ton of bricks, especially when you know you’ve got ideas worth listening to.

But consistent application of these little-known techniques can definitely give that much-needed boost to making your mark in a conversation.

Imagine people paying attention to your confident voice the instant you open your mouth.

They’re giving your input the respect and appreciation it deserves.

You know that whatever you’ll say, you won’t make a fool of yourself again.

If that’s a scenario you’d like to make a reality, try applying these six points the next time you go to speak.