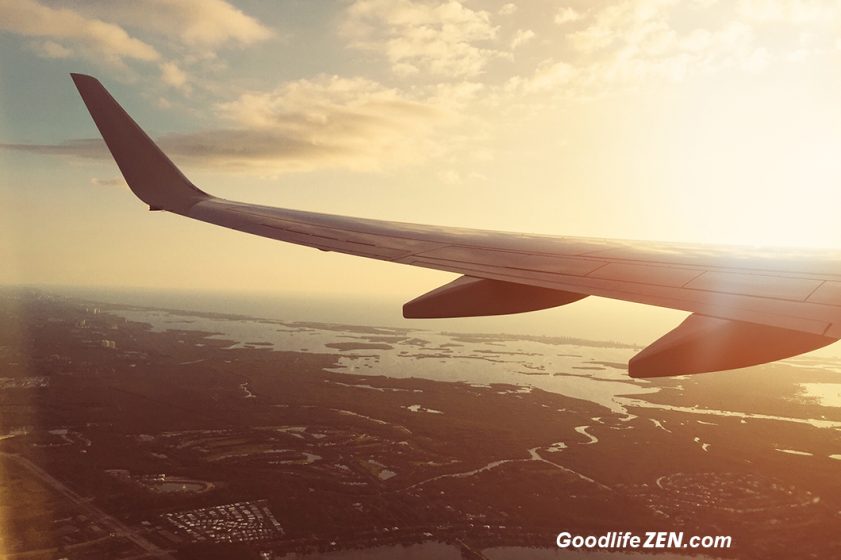 For the past three years, my wife and I have traveled through Asia, the US and Central and South America…

And while it’s been an amazing journey – full of adventure, intrigue and lots of street food – living a truly nomadic lifestyle has its drawbacks.

Everyone knows about the benefits of travel: new experiences, new cultures, new ways of thinking and living…

You feel stressed trying to balance travel and work. You feel angry when a bus breaks down (again). And you can’t help but feel left-out from everything your friends and family are doing back home.

When you live “on the road,” it’s easy to lose your mind.

The Art of Traveling: A Mindful Approach

Maybe you know the feeling.

Where your head just won’t stop running… from one thought to the next… then another… until finally… you’re ready to SCREAM.

I used to be like that all the time.

But thankfully, I learned a technique to calm my mind – even when rollicking down a gravel road in a Third World bus.

The technique – developed in ancient Buddhist times – is called Vipassana. It’s a form of meditation that teaches you to focus on your physical sensations – from the perspiration on your upper lip to that dull pain in your lower back – and trains you to merely observe them.

Awareness ensures you are in the moment. You’re not projecting into the past or future… you are simply in the now. From the beating of your heart, to the sounds of birds chirping to the smell of fresh baked bread, these are all things happening right now… and they deserve your full attention.

Of course, it’s not all good.

Oh yes, they’re in the now, too. And like the good stuff, they need to be observed, too.

This is where the second part of Vipassana comes in: don’t react. Just observe.

Craving, Aversion and The Life-or-Death Struggle For Inner Peace

According to Buddhist teachings,  all human suffering stems from one of two sources: craving or aversion. We spend our lives chasing our “wants” and running away from our “don’t-wants.”

It’s a vicious cycle. But you can stop it.

Vipassana teaches you to be aware of these stimuli without reacting to them.

For example, just last night I was on a train from Machu Picchu back to Cusco. The train broke down. Rather than react by getting angry – which wouldn’t solve anything, anyways – I acknowledged the problem, pulled out The Sun Also Rises and started reading.

An hour later, the train started up again.

In travel, as in life, setbacks are inevitable. But just as inevitably, they often work themselves out.

And speaking of setbacks, the biggest one for travelers is…

Time Vs. Money: Which Do You Have?

Talk to any of them and you’ll quickly realize what’s missing.

On one side, vacationers are really, really short on time. They’ve saved up for this trip and want to make the most of every day… no matter the cost.

On the other side are “gap-year” travelers who have nothing but time. They sleep in hostels, live on pasta and haggle everything like their lives depend on it. But a lack of money can be stressful, too.

Between these extremes are people who work on the road. They’re usually freelancers and, for them, it’s not a question of needing more time or money.

And that balancing act is tough. After all, traveling takes time and plane tickets, visas and hotels can cost a pretty penny.

So how to do it? I’ve learned three simple ways:

The Funny Thing About Traveling…

Is that you face the same challenges everyone else does. You worry about money, you wish you had more time and – yes- you do occasionally get bored.

My wife and I have been traveling for three years. During that time we’ve had many amazing experiences, ones which we’d never trade for anything… but when we head “home” at the end of this year, it will be the start of a new adventure.

And thanks to a little Buddhism, a strong work ethic and (some) careful planning, this next adventure will be just as mindful.

What adventures will you take next?

This guest post was written by Adam Costa, co-founder of Trekity – a travel inspiration site – and Editor in Chief of Travel Blogger Academy.