Is there Life After Death? - Goodlife Zen

Is there Life After Death?

Develop Your Spirituality
By Mary Jaksch 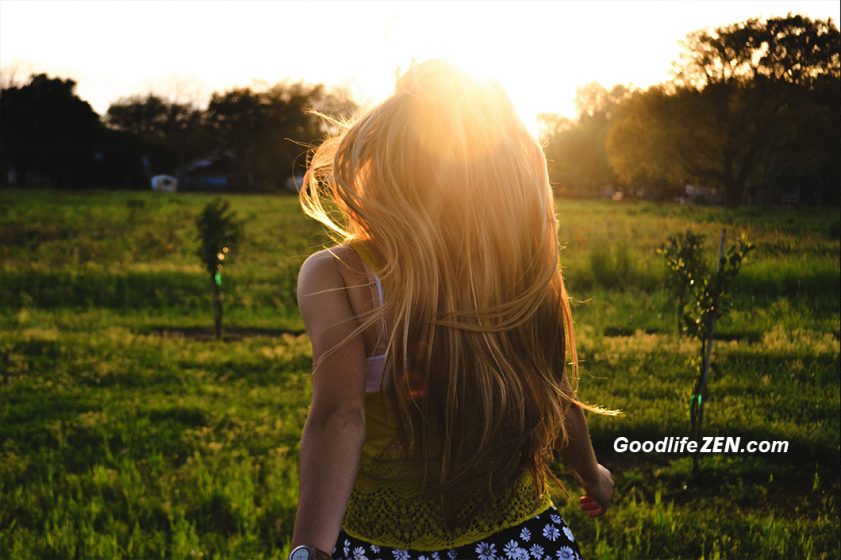 When a young Turkish boy named Celal Kapan first began to speak, almost the first thing he said was:

Later, he told his parents that he had been a dockworker who had fallen asleep in the hold of a ship when a heavy oil drum fell on him and killed him instantly.

Was he remembering a previous life?

From the earliest beginnings of the human race, people have asked these questions. This week’s article is about reincarnation. Others on past life regression, near death experiences, death bed visions, crisis apparitions, and ghosts, will follow at irregular intervals.

Reincarnation is the belief that the human soul is reborn into a new body after death. Many Buddhists and Hindus believe in reincarnation. Even some strands of Christianity believed in reincarnation, until the Council of Nice banned such beliefs in 553 A.D.

What do we really know about reincarnation? Is there any evidence for it?

The foremost researcher of reincarnation was Dr. Ian Stevenson, Professor of Psychiatry and Director or the Division of Personality Studies at the University of Virginia. He died in 2007 after a long, distinguished, and fruitful career. Stevenson researched cases of children between the age of two and five who suddenly started speaking of a previous life and offered details.

His research was published in reputable scientific journals. In Stevenson’s book “Twenty Cases Suggestive of Reincarnation”, he recounts the story of the Indian girl Swarnlata Misha: When Swarnlata was three, she was traveling in a car with her father and a driver. When they were in Katni, an area 100 miles from her home, she suddenly pointed and said to the driver:

“Please go along this road here. We can go to my house. We can get a better cup of tea there than on the road.”

Her father was taken aback because this area was unknown to him and to her. She then related more details of her previous life in Katni, giving her name as Biya Pathak, and describing the house in detail. She said that she had two sons and had died of “a pain in her throat”. When she was ten years old, an Indian researcher, Prof Banerjee, heard about her story and decided to investigate. He found the house where the Pathak family lived, using only Swarnlata’s description.

Everything was just as Swarnlata had described it. He interviewed the Pathak family and they informed him that Biya Pathak had died in 1939 and had left two sons and a husband. Her brother and one of her sons paid a surprise visit to the girl in order to see her and test her memories. You can imagine the turmoil they must have felt as went on this mission. She recognized her family and even knew their nicknames.

It’s hard to imagine what it might have been like for Chintamini Pandey, Biya’s husband. To meet a 10-year old who seems to be a reincarnation of his beloved wife who died twenty years ago must have been an extraordinary experience. I wonder how Swarnlata felt about all this? It must have been confusing to remember the life of a grown woman when she was only a child.

Stevenson visited her in later years and corresponded with her for ten years after this case was investigated. He reports that she grew up normally, received an advanced degree in botany, and got married. She visited her ‘former family’ in Katni regularly. You can read a candid interview with Stevenson, as well as the full story of Swarnlata here. Stevenson said of his research:

All the cases I’ve investigated so far have shortcomings. Even taken together, they do not offer anything like proof. But as the body of evidence accumulates, it’s more likely that more and more people will see its relevance.

To round off the picture, here is an article in which the author criticises Stevenson’s methods and findings.

What do you make of reincarnation? Please share your thoughts in the comments.

I plan to explore themes that may shine some light on what happens when we die in a series of seven articles that will appear at irregular intervals. The themes are past life regression, near death experiences, death bed visions, crisis apparitions, ghosts, and beliefs about death and afterlife.

Read these related posts:
Past Life Regression: Evidence of Life after Death?
What Near-Death Research Reveals About the Purpose of Life
Do Ghosts Exist?

4 Steps To Discovering Your Dharma

Do You Suffer from Spiritual Fatigue? How to Recover in 1 Day or Less

How To Improve Your Day With Yoga And Meditation

By Jessica Blanchard
About the author