25 Celebrities Who Meditate And Why You Should Too - Goodlife Zen

Use Meditation
By Gregory Lyons 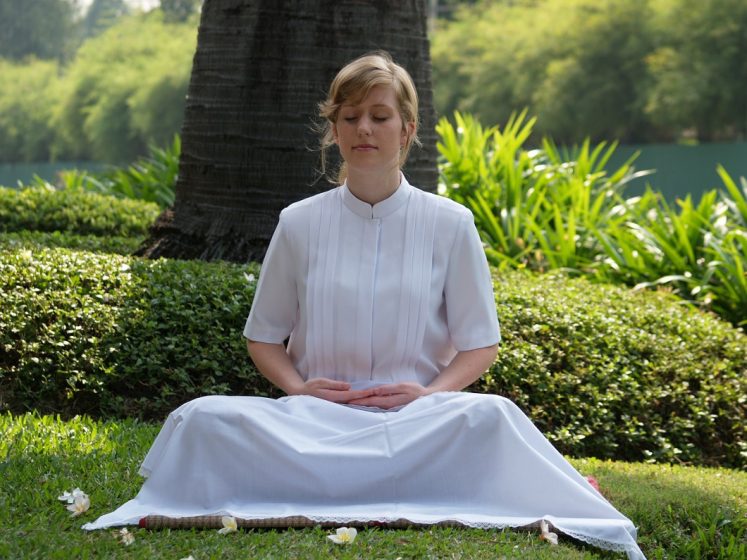 What do Cameron Diaz, Oprah, Howard Stern and Lindsay Lohan all have in common?

They are all celebrities who meditate as a way of combating stress.

With hundreds of studies verifying the positive effects of meditation, it’s no surprise people everywhere are starting to meditate.

So what is it about meditation that has got all these people talking about it? Research shows that meditation can:

Perhaps then it is no wonder that all these successful people are starting to take up the practice.

Jennifer Aniston has called it a “kick start to your day” saying that it, “changed everything” for her.  Aniston says that she likes to meditate first thing when she wakes up and that she notices the difference on days when she doesn’t manage to get her morning meditation in.

But it isn’t just celebrities that meditate nowadays.  Entire companies are now using meditation as a tool to improve productivity and reduce workplace stress. With one of the most famous CEO’s, Oprah, bringing meditation to her production company.

You can’t imagine what’s happened in the company. People who used to have migraines don’t, people are sleeping better, people have better relationships, people interact with  other people better it’s been fantastic. – Oprah

Oprah is not alone in this matter.  According to Tim Ferriss, author of the 4 Hour Work Week, 80% of top business leaders meditate.  Ferriss has interviewed over 200 top performers for his popular podcast The Tim Ferriss Show and found that the majority of them do some form of daily meditation to help them in their profession.

Ferriss himself started meditating a couple of years ago and since then has found it “very very helpful for avoiding anxiety,” describing it as “a warm bath for your brain.”

Meditation Has Benefits For Everyone

Meditation has traditionally been considered as the realm of ‘hippies’ or ‘new age types’ without much practical application for busy people with jobs and business to run.  The image was that you had to sit a certain way, hold your fingers a certain way and possibly adopt some new belief system or lifestyle.

Meditation in the 21st century has little to do with these stereotypes with most practitioners sitting comfortably in a chair the same way you or I would, arms resting easily in whatever way is comfortable. People are not asked to adopt a certain lifestyle or belief system. Meditation is just a tool, much like brushing your teeth, you do it because you like the results and you know it is good for you.

Not too long ago Amy Schumer was interviewed on the How to Be Amazing show with Michael Ian Black.  At the end of the show, Michael asked her if there was one thing she could recommend to all the listeners of the show. Her response, meditation.

“Amy Schumer: I’m going to recommend meditation… This just totally changed the game for me.

Michael Ian Black: And what are the benefits?

Are Celebrities That Meditate Just Another Hollywood Fad?

With so many celebrities taking up the practice one could be forgiven for thinking that this is simply the latest fad, here today and gone tomorrow. However many of the most vocal celebrity mediators have been meditating for over 40 years. Howard Stern, Jerry Seinfeld, Clint Eastwood and David Lynch all learned to meditate back in the 70’s and have been at it ever since.

At a recent charity gala, Jerry Seinfeld told the audience,

So I want to talk to you about TM [meditation], which I have now been doing 41 years, 41 years, and I do remember the very first time I did it and I remember that I was up the entire night because I had never felt that good before.

Meditation is used all around the world by people of all ages to help improve their lives.  Whether it’s to help reduce stress in the workplace, to improve academic performance in schools or to help veterans suffering from Post Traumatic Stress Disorder (PTSD), meditation is now understood as a practical tool to help us all deal with our increasingly complex lives.

Click below to find out how to start meditating.