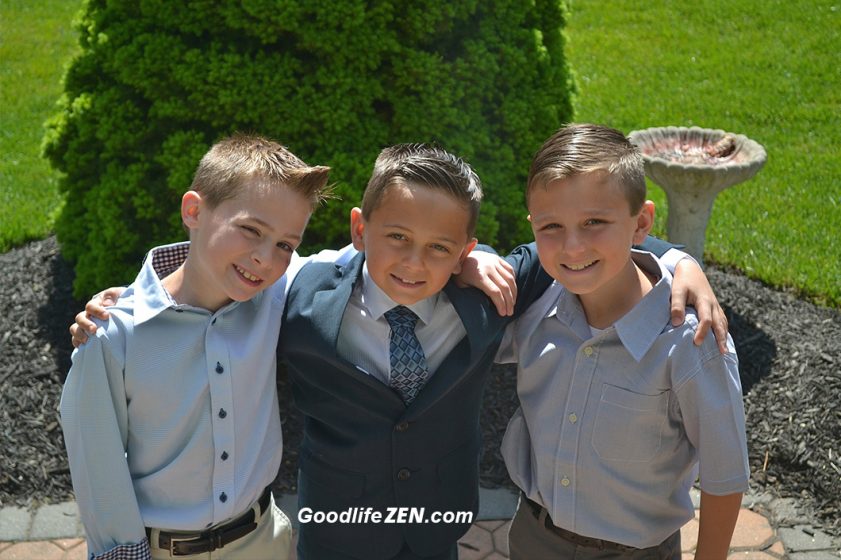 Whenever you are confronted with an opponent. Conquer him with love.
– Mahatma Gandhi

Why? Why did that person spread lies about you behind your back, vilify you, or even mock you to your face?

Surely they had no reason when you obviously never meant to antagonize them (and honestly can’t even figure out what you did to provoke them).

Perhaps it was someone you hardly know who seems to begrudge your very existence. Or someone you can’t avoid, like a work colleague who, for some reason, chose to hate and hinder you from day one.

Perhaps it was someone you were once close to — a family member, a friend or even a lover.

Whoever it is, the hurt and anger eat you up inside, keeping you awake at night and tarnishing any connections and memories you’ve had with them. What’s worse, all of this animosity impacts your health.

Wait a moment. Breathe. You can do something about this.

Enemies may seem an inevitable, painful part of life, but in many cases you can free yourself from all this stress and sorrow. Sure, you might be thinking, “Why the hell should I be the one to make amends when they started it?” And you might be right.

But at what cost?

Enemies aren’t born, they are made, even if unwittingly. And they can be unmade by following the 7 steps below.

1. Refuse to be their enemy

A wise man thinks it more advantageous not to join the battle than to win. – Francois de La Rochefoucauld

First, understand that no one can make you fight. You can consciously choose not to participate in hostility, no matter what the provocation.

You have the power to decline their offer of war!

So whatever the situation, you can alter the dynamics in an instant by removing yourself from the fight. By doing so, you will have changed the situation from a two-sided feud to a one-sided non-dispute.

Be proactive rather than reactive, and put yourself in control.

The best way to destroy an enemy is to make him a friend, and the best way to make someone a friend is to give them that accolade in your mind. – Abraham Lincoln

Scrub the label ‘enemy’ from your mind and swap it for ‘friend’.

Sure, that’s going to take some seriously strong resolve and oodles of character. So cut yourself some slack at this stage if it takes a while, because this is a big shift in outlook.

The payoff is the way this radical shift allows you to interpret their words and actions in a new, less hostile light. Moving forward, your new perception will translate not only into how you think, but crucially, how you act toward them.

By deciding that the person is already your friend, 50% of the partnership is now already in place.

3. See yourself in them

When you show deep empathy toward others, their defensive energy goes down, and positive energy replaces it. That’s when you can get more creative in solving problems. – Stephen Covey

Animosity begets animosity, you can’t hate your enemy into a friend!

However, it’s hard to think of someone as a friend if you imagine they personally wish you harm, hate you or want to hinder your progress.

But if you can look objectively at their actions and words, you’ll likely see how these spring from their own inner torment.

Your antagonist is human just like you and has a bundle of fears, worries and failings, even feelings of shame and insignificance. They’re really not in a good place right now, and they’re taking it out on you.

We all do this from time to time. Empathizing allows you to not take these attacks personally. Realize that they’re not fighting you, they’re fighting their inner demons, and this is when they need your support the most.

Be the best friend they can have. Show them compassion and empathize with their personal battles.

Your support will be a powerful message that you genuinely wish to be friends, not foes.

It pays to know the enemy, not least because at some time you may have the opportunity to turn him into a friend. – Margaret Thatcher

When two countries are in an escalating dispute, the first thing the politicians do is withdraw their diplomatic staff. At the exact time they need all channels of communication open, they sever them. A disastrous policy for any hope of a resolution!

Silence or avoidance never lead to an end to conflict. Even if the strength of the other person’s animosity were to weaken over time (and often time strengthens animosity), there would still be no agreement or harmony between you.

Here’s where your creativity kicks in. If they refuse to meet you, engineer opportunities to ‘bump into’ each other. Keep the conversation going however you can.

Remember, this is your decision. If your relationship with the person is toxic, this may be further than you choose to go. Still, it’s worth considering.

When armies are mobilized and issues joined, the man who is sorry over the fact will always win. – Lao Tzu

Wow, at this point you’ve managed to make some major shifts in your thinking toward this difficult person. Congratulations.

Now draw further on your resolve and follow up with a single, powerful action . . . apologize. Be the one who is big enough to offer a heartfelt ‘sorry’.

This is not a matter of right or wrong. It’s a matter of promoting the best cause in life – friendship.

Realize something about your relationship (or their perception of it) is twisting the tourniquet of their personal pain. Maybe they’ve misinterpreted an innocent conversation or action on your part.

You may have unwittingly stamped all over their ego, beliefs or even dreams.

Whatever the case, you can still apologize. This selfless act tells them you acknowledge their hurt as real and valid.

Be big. Be sensitive. Be genuine.

The only way to have a friend is to be one. – Ralph Waldo Emerson

By now you will have clearly demonstrated your positive feelings and intentions toward this person. Understand that doing these things does not constitute accepting their poor behaviour —rather, these acts are a testament to your strength of character and your unshakable positive stance.

Want to take it even further? Now it’s time to nail up your friendship manifesto.

Let them know how much of a friend you are with extreme kindness. Go out of your way to be generous. Instead of making time for yourself, make time for them – rock their day with an unexpected, thoughtful act.

Top this off by showing genuine respect. Show them you recognize their value and contribution. Meet their human need for validation.

Ramp your efforts up by taking every opportunity to praise them, especially to others. Only speak positively of them – don’t ever talk about the unpleasant things they may have done or said. Again, this needs to be genuine, so search diligently for ways you can show honest appreciation for their efforts and actions.

Ready for the tricky bit?

A true friend shares the good times . . . and the bad. If you truly want to turn an enemy into a friend, treat them as such and be vulnerable when life gets rocky.

Yes, ask your enemy to help you!

If your friendship message hasn’t gotten through already, this will take a hammer to their negative perception of you.

7. Conquer their hearts with unrelenting love

Love is the only force capable of transforming an enemy into a friend. – Martin Luther King, Jr.

Love your enemy? Whoa. That probably seems about as doable as taming a rabid shrew, right? But remember what’s at stake here – your peace of mind and your happiness. Again, it’s your choice whether or not to go this far.

Start by focusing only on their lovable aspects. Act only lovingly toward them. Transform your respect into fondness and your appreciation into affection.

Grow your empathy into love.

How magical would your life be if loving friends stood right where your enemies are today?

Imagine the animosity is gone. Picture the fight is over. Done with.

No more hurt or anger. No more tears, and no more fear of what will or won’t be said or done. The whole situation gone, forgotten, never to be repeated.

You look forward to your days again. Relaxed. Happy.

Hey, it isn’t necessarily easy. And it isn’t always going to work. But you never know until you try.

It takes a special person to take that first step and admit they wronged someone, and then put that wrong right.

It takes an exceptional person to take the first step when they believe they are the one who has been wronged.

But if you take that step, the only thing you have to lose is an enemy.

Be special. Be exceptional.