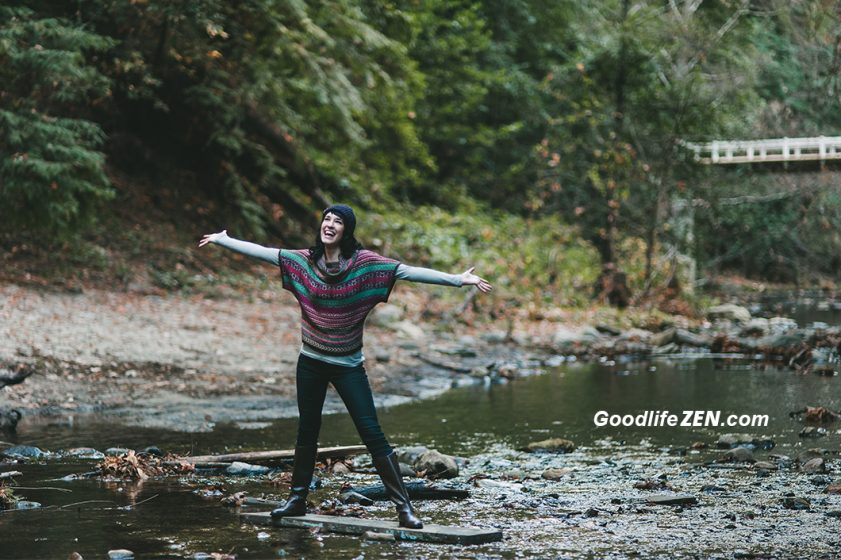 This morning I took advantage of warmth and sunshine to do some early spring cleanup in my front lawn.

A few dried-out clumps of tall ornamental grasses should have been cut back in the fall, and their long stalks have been blowing around the neighborhood all winter.

It was time to take care of business.

I raked and picked up in my neighbor’s yard first, all the while hoping they wouldn’t come home.

The relationship has been strained. I don’t know what’s going on, but their attitude towards me has gone into negative territory, and for my own peace of mind I’ve kept a polite distance.

I’ve felt a little hurt and annoyed, but that doesn’t mean it’s OK for my ornamental grasses to be scattered like hay all over their lawn.

A small part of me didn’t feel like doing them any favors. But this wasn’t a favor—it was a responsibility. The dried-out grass stalks were mine, ergo it was my responsibility to clean it up.

I hope we’ll be friendly once again, but meanwhile I might as well keep things as peaceful as possible.

Following my moral compass is a big help.

I often depend on it.

A few years ago, a different neighbor expressed surprise and gratitude that I didn’t respond angrily when he complained about my bamboo popping up in his yard.

Why should I be angry? I’d been meaning to install a barrier to keep the invasive roots of my little bamboo stand from spreading, but I was too late. It was my responsibility.

Again, cut and dried. I dug up the roots, smoothed out the soil, and replanted grass in the neighbor’s yard. I also installed the root barrier on my side. Easy-peasy.

I keep my compass close wherever I go, even while driving.

My compass says it’s not OK to yell at people or curse at them; instead, I want to be compassionate. This keeps me in line when someone lays on the horn and flips a finger at me for tardiness after the light turns green.

This doesn’t mean I don’t feel like giving someone a earful sometimes, or that I haven’t ever. Far from it. But it’s not worth the aggravation.

Knowing my ground rules keeps a lot of peace in my life even during stressful times.

I admit it’s hard to keep the compass pointing due north when a situation involves someone close to me, someone who can hurt me far deeper than any neighbor ever could.

But even though I don’t always follow it perfectly, my moral compass stops me from going down a path to nowhere—doing or saying something I’d truly regret.

And it also protects me from others who aren’t following the same kind of compass that I follow.

Do you carry a moral compass?

I don’t mean a list of rules and regulations based on religion, traditional morality, or rules your parents instilled in you that you follow blindly, though many of those guidelines are great.

I mean a custom-designed, uniquely-your-own, tailored-to-fit moral compass that you lean on when the going gets tough.

Some of the direction points on my compass look like this:

I have many more such guidelines in different categories—public life, friends, close relationships—but you get the idea. I don’t always live up to them as well as I might, but if I’m lost, I know how to find my way again.

Here are five crucial reasons to carry a moral compass at all times.

Let’s say you’re on a second or third date with someone you hardly know. He’s pushy in a way that’s uncomfortable. Or she’s getting a little too physical way too soon for you. You want to slow things down tactfully, but how? Your moral compass gives you the confidence to say “I really want to know you better first” before things get out of hand.

2. A moral compass can make up for shortcomings.

Maybe you’re traveling and get lost in a small town where you don’t speak the language—and nobody speaks yours. What do you do? Rely on courtesy, humility and respect to ask for help and get you back on a well-traveled road. Gestures and drawing pictures helps too, but more people want to help someone who’s pleasant than someone who isn’t.

In any close relationship, conflicts happen. Lovers get hurt, partners get frustrated, children get angry. Deciding on ‘the right thing’ to do, no matter how difficult, can mean the difference between a screaming, cursing, blaming session or weeks of silence, and a conflict resolved in a way that works for everyone. Of course, you might first need to figure out what the ‘right thing’ is.

4. A moral compass can protect you.

My moral compass says it’s not OK to be rude to me, lie to me, speak disrespectfully to me, or treat me poorly in any way, especially not as a pattern or without explanation or discussion. This is often called setting boundaries, and it gives me the confidence to move forward in a situation or to step back—or even out.

5. A moral compass can help your business flourish.

Morality in business? Sure. Whether it’s called business ethics or a moral compass, what company can survive with unfriendly, unhelpful customer service? How long do employees last, assuming they have a choice, if management belittles them, treats them unfairly, or makes unethical decisions? I’ve heard Steve Jobs was near impossible to work with, but surely the rewards offset the difficulties.

Back to the neighbors and my errant grass stalks turning their lawn into a hay field.

Maybe they didn’t notice. Or didn’t care. It doesn’t matter. I know I’m doing my small part in being a good neighbor.

Doing the ‘right thing’ never hurts, and it might help.

But if I didn’t keep my moral compass in my pocket, I might say, “Oh, to heck with it. They’ve been rude to me, so why should I be nice to them?”

But why feed the flames?

I like my neighborhood, and though it’s not always Pleasantville, my moral compass keeps it from becoming Nastyville. At least on my side of the street.

What about you? Do you carry a moral compass? How does it help you? Share your experience in the comments.

Leah McClellan is a writer and copyeditor dedicated to peaceful living and helping other writers develop their craft. Stop by her new blog, Simple Writing, and be sure to sign up for her free 6-week mini writing course.