What is Your Temperament – Are You a Stabilizer, Improviser, Catalyst, or Theorist? A guest post by Eileen OShea of Threshold Place

Temperament theory is a way of understanding where your deepest source of pleasure lies. The better you understand that, the more you can direct your life and work toward satisfying those needs.

This lens for looking at people describes four organizing patterns of personality. It is based on descriptions of behavior that go back over twenty-five centuries. It tells us the ìwhyî of behavior, our motivators and sources of deep psychological stress.

Knowing our temperament patterns tells us our core needs and values as well as the talents we are likely to be drawn to develop. Modern temperament theory was popularized in the 1970?s by Marilyn Bates and David Keirsey, PhD. I have used animal metaphors that have traditionally been associated with each temperament because I find this makes the theory more real and vivid. The four temperaments are: Stabilizers, Improvisers, Catalysts and Theorists.

The Stabilizer temperament has a logistical skill set and a core need for security, stability, responsibility and for upholding traditions. They can be counted on to do the right thing, in the right way, at the right time.

Practical and down-to-earth, Stabilizers believe in following the rules and cooperating with others. They are not very comfortable winging it or blazing new trails. 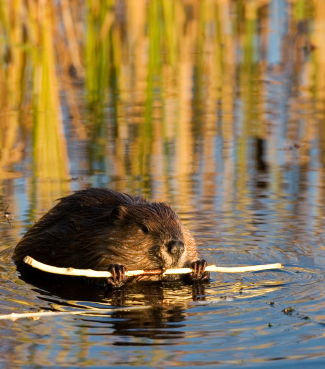 The animal metaphor for the stabilizer temperament is the Beaver. Beavers are industrious builders who fell trees by gnawing the trunks. They use the trees to build dams which create wetlands that provide habitat for many endangered species, purify water, and soak up floodwater. Adding to their image of stability is the fact that they mate for life at age three.

Beavers slap their tails on the water to warn others in their group of a predator or other impending danger. One of the ways I recognize Stabilizers is by their tendency to give warning of impending danger. They are cautious about change and might be the ones who remind you to ìlook before you leapî.

Stabilizers make up as much as 40 to 45 percent of the population. Their strong sense of duty means that they usually end up doing the indispensable but thankless jobs the rest of us take for granted. Presidents George Washington, Harry S. Truman and William Howard Taft as well as Mother Teresa are examples of Stabilizers.

People with the Improviser temperament have a tactical skill set and a core need for freedom to act without hindrance and to have an impact. They value aesthetics, whether in nature or art.

Their energies are focused on skillful performance, variety, and stimulation. They tend to be gifted at employing the available means to accomplish an end. Their creativity is revealed by the variety of solutions they come up with. They are talented at using tools, whether the tool be language, theories, a paint brush, or a computer.

Improvisers are excitable, trust their impulses, want to make a splash, prize freedom, and dream of mastering action skills. 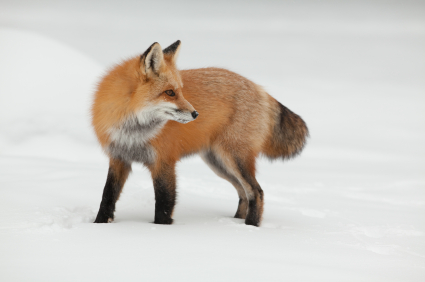 The animal metaphor for Improvisers is the Fox. Known for their adaptability, they live all over North America, from cities to deep wilderness. They are alert predators, scanning their environment for movement that may signal the presence of prey (rodents, insects, birds).

They can learn to take chickens if a poultry farm is within their range. They rely on their keen senses; it is said that a fox can hear a watch ticking from a distance of 40 feet. Wary of humans, they are solitary animals who donít form packs like dogs or wolves.

Improvisers want to be where the action is. They seek out adventure and show a constant hunger for pleasure and stimulation. They believe that variety is the spice of life, and that doing things that arenít fun or exciting is a waste of time. Improvisers are impulsive, adaptable, competitive, and believe the next throw of the dice will be the lucky one. They can also be generous to a fault, always ready to share with friends.

The Catalyst temperament has a diplomatic skill set. All Catalysts share the following traits:

Catalysts are driven by a quest for self-knowledge and self-improvement and they want to help others make that same journey.

Catalysts are naturally drawn to working with people (in education, counseling, social services, Human Resources, journalism or the ministry). Their gift is to help others find their way in life by inspiring them to grow as individuals and to fulfill their potential. 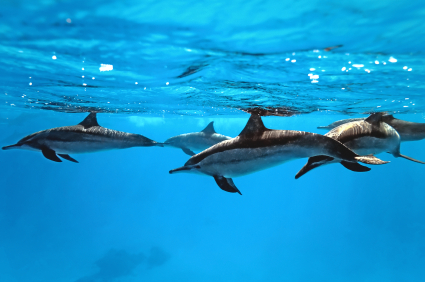 The animal metaphor for the Catalyst temperament is the Dolphin. Dolphins are social animals who establish strong bonds. They live in pods of 12-15 individuals and sometimes briefly form super pods of 1,000 or more for protection. Dolphins will stay with injured or ill individuals, even helping them to breathe by bringing them to the surface if needed.

This altruism does not appear to be limited to their own species. The dolphin Moko in New Zealand has been observed guiding a female pygmy Sperm Whale together with her calf out of shallow water where they had stranded several times. They have also been seen protecting swimmers from sharks by swimming circles around the swimmers or charging the sharks to make them go away. If a pod is threatened by a shark, dolphins will cooperate in a group effort to repel the attack.

Dolphins communicate with each other through clicks and whistles.

Catalysts are sure that friendly cooperation is the best way for people to achieve their goals. Conflict and confrontation upset them because they seem to put up angry barriers between people. They dream of creating harmonious and caring personal relations, and they have a unique talent for helping people get along with each other and work together.

That dream can seem like a romantic ideal, but Catalysts are incurable romantics who prefer to focus on what might be, rather than what is. This idea of a mystical or spiritual dimension to life, the ìnot visibleî or the ìnot yetî that can only be known through intuition or by a leap of faith, is far more important to Catalysts than the world of material things. Unkindness or dismissive treatment can demotivate Catalysts.

The Theorist temperament has a strategic skill set. All share the following core characteristics:

Theorists are the problem solving temperament, particularly if the problem has to do with the many complex systems that make up the world around us.

They will analyze systems to understand how they work, so they can figure out how to make them work better.

They are interested in the most efficient solutions and will listen to anyone who has something useful to teach them. They will disregard any authority or customary procedure that wastes time and resources. Their innate skepticism means that, at every encounter, you may feel you are being asked to earn their respect yet again. 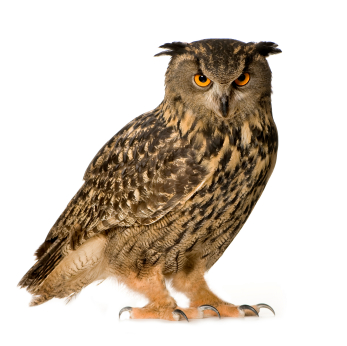 The animal metaphor for the Theorist temperament is the Owl. In part, this is because of the traditional stereotype of the ‘wise owl’ Owls can rotate their heads and necks as much as 270 degrees in either direction to scan a large part of their environment. Their far vision, particularly in low light, is exceptionally good.

Their human counterparts, the Theorists, seem to ìseeî the future more clearly than the other temperaments. As predators, owls are feared and may be mobbed (attacked) by groups of smaller birds. Owls rarely respond to the harassment, but the mobbing may force the owl to move on to a different area. The owlís lack of response reminds me of Theorists, who are often seen as cold and distant by other temperaments because of the absorbed concentration they give to whatever problem they’re working on.

Theorists have an insatiable hunger to accomplish their goals and will work tirelessly on any project they have set their mind to. They are rigorously logical, fiercely independent in their thinking and are skeptical of all ideas, even their own. They believe they can overcome any obstacle with their will power.

Theorists value intelligence, in themselves and others, and they pride themselves on the ingenuity they bring to problem solving.

I believe that no theory can fully describe the complexity of a human being.  I view this or any other system as one lens through which to view ourselves and others.

If you’d like to know more about Temperaments, here are a few helpful books: Understanding Yourself and Others: An Introduction to the Personality Type Code by Linda V. Berens and Dario Nardi; LifeTypes by Sandra Krebs Hirsh and Jean Kummerow, and Please Understand Me II: Temperament, Character, Intelligence by David Keirsey.

You can also take the free Keirsey Temperament Sorter. It takes about 10-15 minutes to complete and you receive an immediate description of the temperament your answers indicate.

Temperament theory been a valuable compass, helping me steer in the direction of my core needs.  My hope is that it can help you in your search for meaning and happiness.

Read more by Eileen OShea on her blog Threshold Place